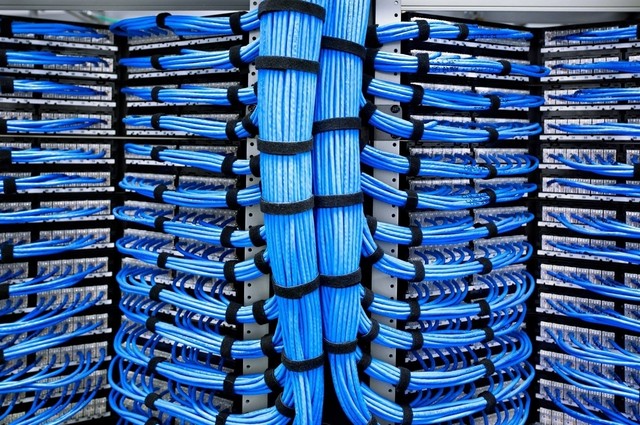 Fastest Internet Connections in the World

With Australia’s broadband network on its way, it is intriguing to investigate the top countries globally that are considered to have the fastest internet speeds. Akamai Technologies recently released a quarterly report that covered the average peak connection speeds of various countries, from the period January to March of 2013.

Video Game nation
Known for iconic electronic giants Samsung and LG, South Korea has the fourth fastest internet speed with an average of 44.8 megabits per second, about 143% faster than the world average. In addition, South Korea has a dedicated PC gaming community, and holds gaming competitions such as World Cyber games—which considerably requires a decent share of bandwidth.

Eastern European Power
Romania comes in at number three, with broadband lines that reached an average peak speed of 47.9 megabits per second. It is noted that some of the Eastern European countries have staunch support from their respective governments, who seemingly place a premium on having a stable technology infrastructure.

Technology Staple
At number two is Japan, which is long considered a nation known for its electronics industry. The country that Sony and Nintendo call home has an average 50 megabits per second, which was generally 170% faster than the global average.

Global Hub
At number one is Hong Kong. The densely-populated global hub maintained its lead on the list of the fastest internet speeds in the world as it clocked an average peak speed of 63.6 megabits per second, sufficient enough to be more than three times the global average of 18.4 Mbps. Of particular interest is the fact that its average speed was around 10% faster than the prior quarter, and around 30% faster than the year before.

When Google previously announced that it was planning to rollout the fibre-optic service in select trial locations around the United States, things got interesting as residents from various cities attempt to vie for Google’s attention to layout the digital dream in their respective communities. With Google’s proposal of ultra high-speed broadband networks of up to one gigabyte per second in select trial locations—which sounds eerily familiar down under— communities around the United States mustered courage, effort and creativity to get noticed.

Buzz-generation
With over a thousand community applications, several attention-seeking antics have made their way. From a small plane with a banner reading “Will Google play in Peoria, IL?” flying over the tech giant’s headquarters, to orchestrating a Google-inspired flash mob over a televised Missouri basketball game, there were several interesting scenes to say the least. Ingenuity and resourcefulness it seems is key in capturing the attention of the California-based tech-giant. It also does not hurt to have the backing of political figureheads of your city. Perhaps more so if they are willing to go the extra mile to garner publicity, as in the case of Minnesota mayor Don Ness who jumped into an ice-encrusted lake in part to get Google’s attention.

Selection
Eventually, Google selected Kansas City as its first site to be connected with the fibre optic service. According to Google, factors cited to have played a role in the selection include the potential impact on the community and the relationships that can be cultivated with local government and community organisations. With this fibre connection, the city with a population of around 3 million will benefit to have its universities, secondary schools, hospitals and various institutions a step closer to digital applications of the future.

Google’s future expansion
Provo in Utah and Austin in Texas were consequently the next cities selected to follow suit. With connections of up to 1Gbps, it’s 100 times faster than the services currently offered in the US. Google prices the connection at $70 a month.

Data Centres have been a hot topic of late and when you think of data centres, you tend to think about MPO. It’s been over a year now since we first spoke about Multi Push-On (MPO) cabling systems and they have only become more popular. As the name suggests, MPO cabling provides multi-fibre cores in a single connector. This is perfect for high-density applications. Typically, Ribbon Fibre cables have 12 fibres.

MPO Cables can break out to outher connectors such as SC & LC reducing the need for adaptors.

Knowledge Base: Core or Cladding Alignment?

Purchasing a Fusion Splicer is a big decision and can be difficult if you are not armed with the right information. A Cladding alignment Fusion Splicer is an older and cheaper type of fusion splicer that fuses the cladding of two optical fibres together. The process relies heavily on precisely-shaped V-grooves and perfectly manufactured fibre optic cable with core exactly centered inside the cladding. The Expected loss on Singlemode is >0.05dB.

Core alignment Fusion Splicers use cameras to observe the cores of the fibre for the most accurate alignment. They can adjust the fibre in both the X (horizontal), Y (vertical) and Z (in and out) axes until the actual cores are aligned. This gives the best results and is suitable for all types of fibre, singlemode and multimode, and when splicing old to new fibre. The expected loss on Singlemode is <0.02dB For more information please contact our sales team today – Click Here