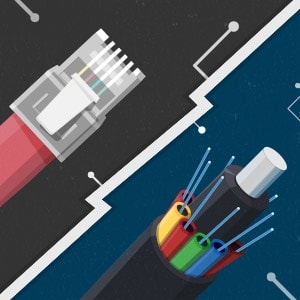 ADSL vs Broadband – Is There Any Real Difference?

Comments are off for this post
Anderson Tech Team
Fibre Talk

ADSL stands for Asymmetric Digital Subscriber line. It is a type of broadband internet connection.

Broadband describes the way you connect to the internet. There are several broadband technologies available such as ADSL, NBN, Cable, Wireless, 3G, 4G, and the much-discussed new 5G technologies.

Difference between ADSL vs Broadband

ADSL broadband can be defined by the fixed copper connection it requires between the Exchange and the home or office.

As Australia moves closer toward a future where everyone has access to ultra-fast and reliable broadband, more people every day are asking what, if any, is the difference between ADSL cable and fibre broadband. It’s clear that much of the world has already accepted fibre as the up and coming standard. But what exactly are the differences between the two and which represents the preferable choice for the modern web user?

Well, right off the bat the biggest and most important difference of all is undoubtedly that of speed. ADSL – aka asynchronous cable broadband – is quick enough for most purposes and offers average speeds in the region of 16Mbps. This is, of course, the maximum internet speed possible and rarely the actual speed most users end up gaining access to. National and regional averages vary, but something in the region of 8Mbps is about the best to hope for on average.

A Lot Can Affect the Speed

– Copper cable distance from the exchange

– The quality of the copper wires installed

– How well kept the exchange is

–   How busy internet service is

By contrast, fibre broadband uses light signals. It has the potential to take things way further with this speed of light transmission being of up to ten or fifteen-times faster than copper cable.

It is often advertised that a fibre internet can deliver data transfer speeds of up to 152Mbps, but again this isn’t the exact speed delivered to most users. Instead, the average varies between around 30Mbps and 100Mbps, depending on the provider, the area and the service package chosen by the subscriber.

NBN is the standard broadband internet technology currently being rolled out to Australian homes and businesses. It is still broadband much like ADSL but it is not copper. It uses fibre and various other technologies to achieve high-speed, business-grade and internet services. It can offer speeds of up to 100Mbps (megabits per second) for download speeds and 40Mbps for upload speeds from selected ISPs.

There is a range of speeds to choose from. This is subject to the available technology in your area and what your particular ISPs offer.

ADSL vs Broadband Costs and Availability

So it’s pretty much a clean sweep for fibre in terms of performance – the fact that it’s yet to take over as standard serves as evidence that costs and/or availability still aren’t quite up to scratch…at least in a mainstream sense. Indeed this is exactly that case as while costs have been coming down for quite some time, fibre remains a distinctly more expensive commodity in most regions than cable broadband.

Cable broadband providers have begun offering bargain-basement packages for no more than a few bucks a month (on top of line rental) which given the decent speeds on offer have generally proved irresistible for most.

ADSL is still available. However, Copper Disconnection dates will force you to switch on to the NBN eventually. Migration plans are part of the structural separation undertaking (SSU). The SSU sets what Telstra will do to change voice and broadband fibre connections from copper and Hybrid Fibre Coaxial networks to the NBN. The Migration Plan was approved by the ACCC on 7 March 2012. Since then the ACCC has approved a number of variations to the Migration Plan.

When the Copper Disconnection Date is reached, ADSL is phased out. The nbn™ is designed to replace the existing telecommunications infrastructure with fiber optic cables. Meaning, the nbn™ takes over the cabling that was previously used to deliver phone and ADSL services. Once it does that, you can no longer access ADSL services. So you will be required to change to an nbn™ service. This is not only for the internet users connection but for access to the copper phone line as well. Typically you will have 18 months before ADSL is switched off and you need to choose an nbn™ service provider.

In terms of availability, fibre is making its way across the country and is the core focus of the Australian National Broadband Network (nbn™). It’s likely to be some time before affordable super-fast broadband is a standard on-tap commodity across the country. But the NBN insists it will happen over the coming years.

So the conclusion is essentially a simple one – ADSL vs Cable Australia? Full fibre is the vastly superior option in terms of power and performance, however, the area you live in may require a few different methods to achieve connectivity if fibre optic cables are not available.