Testing Optical Fibre Cable – New Parameters for in Premises Networks With an increase in the adoption of Fibre-based local area networks (LANs), there is an urgent need for installers to be educated on the best Fibre test methods as well as clarify to them some misperceptions. New test instruments are also crucial when it comes to ensuring functionality of Fibre cabling in this day and age. Based on a research that was conducted by 3M, there are currently an estimated 77% of LAN installers who are currently using the wrong test method in the premises that they are operating or working on. The rapid deployment of performance based protocols such as the Gigabit Ethernet combined with the rapid growth of Fibre based LANs leave installers with a very short margin for error in the loss budget to effectively accommodate inaccurate test results. That said there is a move to adopt multi-gigabit technologies as well as high strength Fibres that are pushing Fibre bend radii down to an inch. With these new developments, one can highly attest to the importance of Fibre LAN-test accuracy and consistent test practices across the industry. It is crucial for the effects which are bound to result from the use of new application standard such as Gigabit Ethernet together with testing methods to be clearly outlined.

To well test small-form-factor (SFF) connectors which usually receive and transmit Fibre in the same unit, an adaptation to the building test is usually carried out. By taking up this approach, you will easily avoid some of the common shortcomings of a building test, you will be able to achieve accurate results and most importantly preserve the integrity of the testing standards. In this case, the test conducted sets function as a meter and source. This test sees the connectors and the duplex cable being connected and a reference being taken. The procedure of referencing used in this method is similar to the one which is used in access-provider test which uses two jumpers. Referenced in this instance are the test cords as well as one of the connections. Once an installer has been dispatched to each end of the cable, the test of the cable can now begin. Just like in the building test method, a clean, defect free patch cord is placed in the test configuration. If conducted properly the test results will provide the loss for the cable as well as the two connections. To be able to yield the same result as the test building method, add extra test cords which will result into an increase in negligible loss of the cable under test as the results will also include the loss of the two connections and the cable. However, this means of building test method does not necessarily need similar type of connector on the tester similar to that one which is tested in networks; this is due to the fact that the two jumpers which are used for referencing allow for the use of hybrid patch cords. This test also provides us with a flexibility of being able to test Fibre links with any type of connector, regardless of the connector on the tester. Despite it being a modification of the TIA-568A test recommendation, this approach has been endorsed by SFF connector manufacturers when it comes to the testing of SFF connector links.

When it comes to specifying test criteria that is to be followed during a cabling project an appropriate test method should be indicated as well as proper documentation should be laid out. When testing backbone cable, one important requirement is bidirectional testing and while this might not be required when testing horizontal cabling, the test carried out should be undertaken in the direction of the transmission. Other considerations which can also be used during testing include the following variables:

Test instruments for the premises

In order to fully satisfy the needs of users as well as address the new applications the premises market requires an update of its test instruments. These instruments which are to be considered ought to be fast, handheld and durable units that are intuitive to the technician. OTDR’s which are usually available for use in many premises are usually large, this is a setback which will hopefully be rectified and addressed with the introduction of next-generation equipment. Still on the subject of OTDR’s, they should have a familiar feel and software so as to reduce the training time. The same also applies for the source and power meters. Given that the software should be downloadable to cable management software packages as well as incorporate cable management utilities documentation is very important. A power meter should also be able to automatically provide a zero reference on every test. Another requirement is the ability to measure given parameters with a vertical-cavity surface-emitting laser as well as light-emitting diode so as to be able to verify Gigabit Ethernet performance. Given the fact that OTDR’s are usually used when it comes to troubleshooting, a light source which is usually visible and it is embedded in the unit also works to the installer’s advantage. 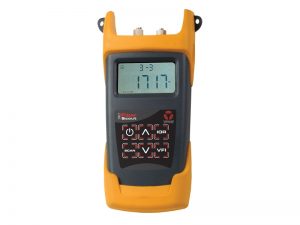 The TS21 Fiber Scout was designed and developed by Yamasaki as a cost effective and simple solution for identifying faults and testing the length of singlemode fibers. This lightweight, rugged, dustproof and water resistant piece of test equipment can list up to 8 results at one time and has three brilliant functions. Despite the fact that OTDR’s usually continues to measure Fibre length together with the location as well as the severity of events, the results ought to be reflected or displayed in a graphical manner with an automated adjusting of the race in a table format and a screen. See there website for more details – Yamasaki Fibre Optic Test & Measurement Equipment. The Yamasaki TLU Series Intelligent Laser Source is the latest design in Multiple Wavelength Fiber Optic Light Source technology. The available wavelengths include 850,1300nm for Multimode and 1310,1490, 1550nm and 1625nm for Singlemode. It can Generate Wave ID and Tones and the output power is easily adjustable

With Fibre-optic testing requirements changing from time to time new and different test equipment and procedures are needed during cabling in a given premise. That said test equipment should be able to accommodate the access-provider method as well as the buildings approach. In conclusion an adaptive approach which will see you use an additional test jumper is highly recommended when it comes to testing SSF connectors and for testing cabling setups which may involve different connector types. Accurate measurements of link performance for a multi-Gigabit or a Gigabit Ethernet over Fibre can be achieved by acquiring a great awareness of this test methodology. Testing Optical Fibre Cable – Should you have any further questions feel free to contact our friendly, knowledgeable staff at Anderson Corporation.